The Cultural Quirky Joys of Amsterdam 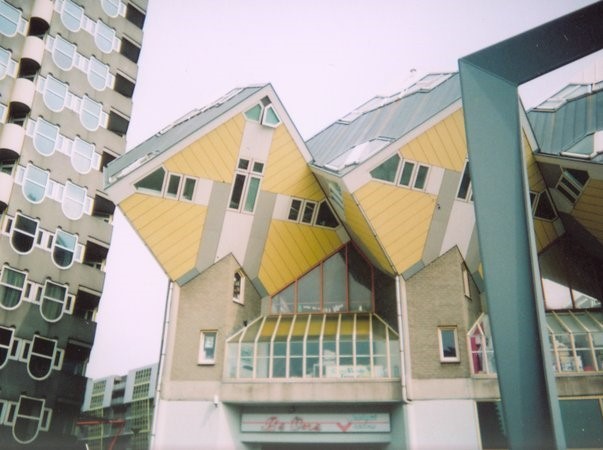 If you’re taking a trip to Amsterdam or planning on living there for a while, you’re probably looking forward to the many sights and diversity this canal-filled city has to offer. From the unique cafés abounding every corner, trams and extraordinary flower festivals, to the dainty little houses and intricate architecture, there’s an experience for everyone.

Here are some aspects you most certainly will not want to miss and which make Amsterdam unique:

Some of the buildings really stand out for their unusual designs, angles and notable points on rooves and windows. A lot of the buildings are tall and narrow, inside with their equally narrow staircases and low ceilings. Aside from the design concept, the other reason for this is that the tax on buildings used to be based on the square foot size of the land, which explains the reason a little bit more! The smallest house in Amsterdam stands along the canal Singel 7.

What many don’t realise is that, because of the amount of waterways running through the city, some of the houses nearby have actually started to sink and need to be held up by poles or concrete at their base.

With about 40% of the city made up of water, it may come as no surprise that many citizens opt for on-water living in a house boat. Boats set up as permanent residences is a frequent sighting.

What is more unusual, is a boat that houses cats. If you come across it while near the Singel Canal, the De Poezenboot, run by volunteers, is one of the only boats that is home to several stray cats and kittens, making it a very interesting sighting. Visitors are encouraged to pick them up and meet the aqua-tolerant cats!

This one may not sound like a particular quirk because bicycle riding is done everywhere. However, in Amsterdam, riding a bicycle feeds into many of life’s activities than the average bike rider found anywhere else – I speak from experience. Aside from a tram, it is a common way to get around to go shopping, to meet with friends – even to get to and from the pub on a Saturday night. According to common belief, there are more bicycles than people in the city!

Otherwise known as ‘de Wallen’, this part of the city is one of the distinctions the city is primarily known for. It was in the year 2000 that prostitution became recognised as a legitimate way to earn a living, with prostitutes legally obliged to declare their tax and earnings. Brothels in the city are given very strict regulations and standards. Alongside this is the Sex Museum, a fascinating journey of all the intricacies of sexual-related activity and showcasing a history of the legalisation of prostitution in Amsterdam.

This house holds the memories of historic events that changed this lady and her family’s life. More than 1 million visitors go to the house every year to see the secret hideout that kept Anne and her family safe for 2 years during the Second World War. This is very much unique to Amsterdam and well worth checking out for its unique story.