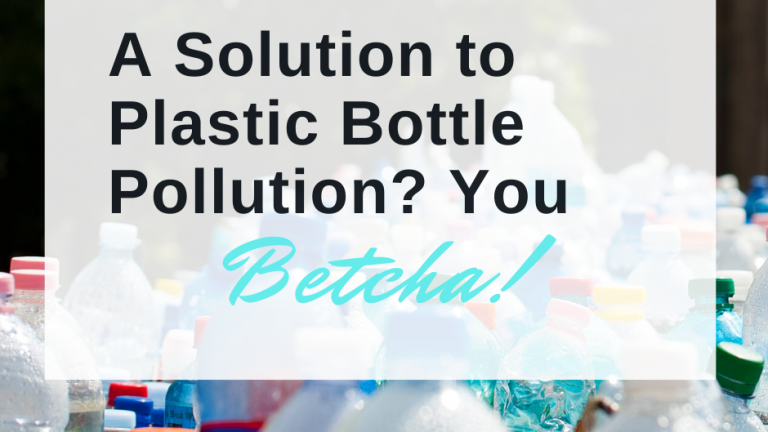 According to the UK Bottled Water Industry, 7.7 billion water bottles are bought every year, yet less than half of these are actually being recycled.  Of the bottles being thrown away, many of these are ending up in the sea and in waterways, putting mammals and water life at risk of injury.

With plastic being easy to mould and cheap to manufacture, it’s for these reasons that it’s found across industries in most products in some form. No wonder supermarkets produce 800,000 tonnes of the stuff and brands such as Coca-Cola, rely on as much as 3m tonnes of plastic yearly to home its fizzy drinks, as revealed to the Ellen MacArthur Foundation. Unfortunately, plastic is becoming the number one enemy when it comes to polluting the planet.

Putting a Stop to Plastic Pollution

The answer to the plastic problem should be simple: Use less plastic, make recycling compulsory or use none at all and find alternatives. As certain types of plastic are more recyclable than others, some microplastics have stopped being used completely in the UK, while campaigns have been introduced to educate and encourage people to recycle.

Efforts have been made to encourage recycling at home, with councils making weekly collections and recycling bins made available at public spots, including supermarkets. Organisations such as Waste Aid has provided  free guides for community organisations and businesses about how they can help cut down on waste.

Alternative materials are being used to create different products, including the creation of edible water containers made from seaweed. This out-of-the-box thinking has been pushed by scientists at the Skipping Rocks Lab, using the seaweed Nospla to make the new Ooho! container. Once empty, the Nospla is perfectly safe to consume or can be thrown away and will decompose within a few weeks.

The company is going about building on this to create other items, including cups and plates from a sustainable material that is plentiful and requires very little maintenance and little water to grow well.

The Ooho alternative water bottle was recently proven successful at the London Marathon in April, when thousands of runners drank Lucozade from Ooho containers at the end of their run.

Its solutions such as these can be used to replace the traditional plastic bottle altogether, saving billions of tonnes of waste ending up in landfill and waterways.