Remote Working to Increase by 2021 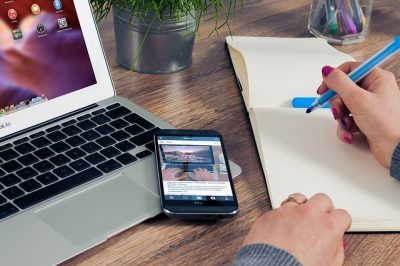 Working from the luxury of your own home – it’s an ideal a lot of us dream about.

Now remote working in the UK is catching up with America to become the norm for more than 70% of the UK working population by 2020.

This is according to a report by the Word Foundation, of Lancaster University, which highlighted that 54% of the 500 managers surveyed, felt they got more work done, while 41% felt empowered in their jobs.

Dan Schawbel, of Forbes Magazine, reports that remote working is a growing trend for employers hiring more freelancers and virtual workers to work alongside their employees. This can be a for a one-off project or a contracted time.

Employers recognise and value freelancers for the unique skills, their flexibility of working – and the money they save employers on office costs and annual leave.

Virtual workers tend to be self-employed, accessible and don’t have the employee benefits, such as annual or sick leave.

Virtual meetings through communication channels, such as Skype and What’s App, have made remote working easier than ever to enable business objectives and goals to be achieved.

Remote workers can offer their services to overseas businesses. Websites such as People Per Hour and Upwork have also made international remote working possible.

The report from the Work Foundation highlights statistics from the US that 89% of the population prefer to have the choice about where and when they work, rather than remaining in one office.

HR professionals have stated that the opportunities for remote working will increase substantially.

The UK is certainly opening up its doors to the benefits of enabling remote working. According to the Trades Union Congress (TUC), in 2015 the number of remote workers had risen by nearly a quarter of a million over 10 years.

Part of the reason for this, according to TUC’s report, is due to societal changes in terms of family commitments, and work-life balance. There has also been an increase of women unable to find work in a traditional, 9-5 office job. This is due to family commitments or the cost of childcare.

TUC General Secretary Frances O’Grady states that: “Modern home-working is good for the economy, as it helps businesses hold on to talented staff and boosts productivity. And it allows those with caring responsibilities greater access to the jobs market.” (TUC, 2015)

With new technology and IT programmes becoming more accessible, the arena is of remote working is a modern way of working that can appeal to many.